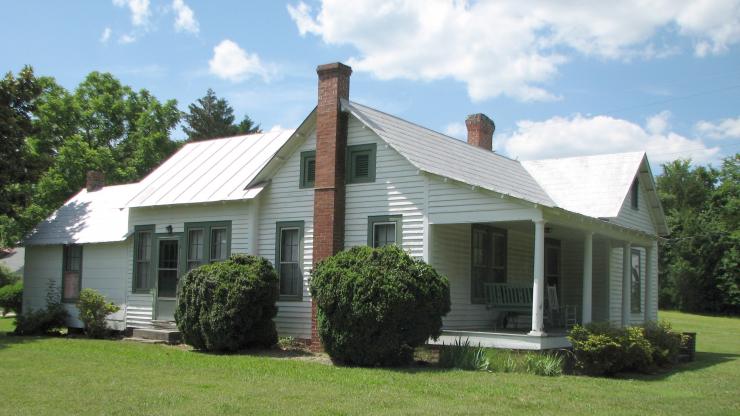 RALEIGH: NC.gov Press Release  Mar 3, 2020 The North Carolina Department of Natural and Cultural Resources is pleased to announce that seven individual properties across the state have been added to the National Register of Historic Places.

“These additional North Carolina listings on the National Register of Historic Places enrich the story of the people, culture and progress in our state. They acknowledge the diversity of our people, our history of moving forward and have earned recognition of the National Register,” said Secretary Susi Hamilton, N.C. Department of Natural and Cultural Resources.

The listing of a property in the National Register places no obligation or restriction on a private owner using private resources to maintain or alter the property. Over the years, various federal and state incentives have been introduced to assist private preservation initiatives, including tax credits for the rehabilitation of National Register properties. As of Jan. 1, over 3,933 historic rehabilitation projects with an estimated private investment of over $3.043 billion have been completed.

Warren Place, Pendleton vicinity, Northampton County, listed 12/19/2019
Warren Place stands on a portion of a once larger farm. It was purchased soon after the Civil War by Thomas Boone Stephenson (1825-1916) from the Warren family. The original purchase was less than 300 acres and increased with subsequent purchases by subsequent generations to approximately 400 acres. The house was constructed from 1908 to 1910. Warren Place is locally significant under Criterion C in the area of architecture as it embodies the distinctive characteristics of a type, period, or method of construction and possesses high artistic values. It is an outstanding local example of Queen Anne style architecture in Northampton County. The house was built for the James Henry Stephenson and his family by prolific local architect and builder, Ralph Henry Stanford. Its period of significance begins with its construction through 1920 in order to incorporate the associated outbuildings.

Evergreen Farm, Winston-Salem and vicinity, Forsyth County, listed 12/19/2019
Evergreen Farm, an 88-acre turn-of-the-20th century progressive farm with extant buildings and landscape and archaeological evidence is significant at the state level in the areas of Agriculture, Archaeology, Science and Education. It is an important example of the movement toward progressive and modernized agriculture in the late-19th and 20th centuries as the location of a private experimental farm which was operated between 1894 and 1944 by James Monroe Jarvis. Jarvis made significant contributions as a leader in North Carolina’s development and use of new agricultural practices. The farm was recognized by the North Carolina Department of Agriculture for genetic experimentation resulting in the development of a seed corn, ‘Jarvis Golden Prolific,’ that was planted across the Southeastern United States and into the Midwest. Evergreen Farm is also archaeologically significant for its potential to yield information important to the history of James Monroe Jarvis’s explicit management of the farm as part of the 20th-century agricultural modernization movement of the 19th and 20th centuries. The period of significance for the farm extends from 1894 to 1947 coinciding with the years Jarvis operated the farm.

Thomas A. Morgan Farm, Townsville vicinity, Vance County, listed 12/19/2019
The Thomas A. Morgan Farm is locally significant in the area of industry for its association with Vance County native and Sperry Corporation President Thomas A. Morgan. The influential executive headed North American Aviation from 1929 until 1933 and the Sperry Corporation and its subsidiaries until his 1952 retirement. During his tenure, the Sperry Corporation made important contributions to the aviation, electrical, hydraulic, and marine industries and the U. S. military and Navy by developing and manufacturing hundreds of products ranging from automated firing devices to sound locators. Although his primary residence was in Manhattan, N.Y, while he headed Sperry Corporation, he spent as much time as possible at the Vance County farm until his retirement, after which he remained there for the rest of his life. The Thomas A. Morgan Farm is the principal extant property closely associated with Morgan during his productive career. The farm is also locally significant as a collection of mid-20th century dwellings and outbuildings arranged in a manner that takes advantage of the topography and maximizes the farm’s functional efficiency, a central tenet of progressive agricultural practices. The period of significance begins with Morgan’s 1937 acquisition of the property and ends upon his 1967 death.

St. Ambrose Episcopal Church, Raleigh, Wake County, listed 12/19/2019
St. Ambrose Episcopal Church is locally significant in the areas if architecture and ethnic heritage. The church, one of three Episcopal Churches built in the mid-20th century by architect Leif Valand, embodies distinctive characteristics of modern church architecture, with a shift away from more traditional forms, materials, and location following demographic shifts from the downtown to the suburbs in the post WWII era. The congregation, the second African American Episcopal church in the state of North Carolina, has its roots in the denomination's outreach to newly emancipated communities by the Freedman's Commission of the Protestant Episcopal Church through what is now St. Augustine's University. The Period of Significance is 1965, corresponding with the year the church was constructed.

Mount Carmel Presbyterian Church and Cemetery, Norman vicinity, Richmond and Montgomery Counties, listed 12/19/2019
Mount Carmel Presbyterian Church and Cemetery is locally significant in the area of architecture as an illustration of the evolution of church architecture in the county during the historic period. The older of two sanctuaries on the property was built ca. 1830, and this building was converted from a side-entry meeting house plan to its current end-entry plan in 1891. A newer church, originally built in 1946 and enlarged with a new sanctuary and front entrance in the Colonial Revival style in 1964, illustrates 20th-century trends in the county’s church architecture. Together, the two churches reflect the progression of rural church styles in the county from an early simple side-gable meeting house form to a remodeled vernacular front-gable form, and to the two-phased construction of a more stylish Colonial Revival church as determined by need, funding, and evolution of popular ecclesiastical styles.

Ben and Barbara Graves House, Mount Airy, Surry County, listed 12/19/2019
The 1953-54 Ben and Barbara Graves House is an important example of early modernist domestic architecture in Mount Airy, North Carolina. The one-story International Style house was designed by NCSU School of Design professor Cecil D. Elliott and reflects the influence of pioneering modernist architect Mies van der Rohe on North Carolina architecture during the period. The Graves House is composed of a rectangular core with alternating expanses of windows and solid wall and a hyphen connection to a front carport. Clerestory windows illuminate the simply-finished interior. The Graves House is locally significant in the area of architecture as a sophisticated work of modernist domestic architecture in Mount Airy and the most distinctive example of the NCSU School of Design brand of modernism in the community. The period of significance corresponds to the design and construction of the house in 1953 and 1954.

Ridge Westfield Elementary School, Mount Airy vicinity, Surry County, listed 12/19/2019
Ridge Westfield Elementary School is locally significant in the areas of education and ethnic heritage for its significant contribution to the history of segregation/desegregation-era African American education in Surry County. The one-story Modernist building was designed by Elkin architect John M. Franklin and constructed in 1956-57. Built during an era of school consolidation and improvements in North Carolina, the school consolidated two earlier schools in eastern Surry County with the aim of providing black students with larger and improved educational facilities, intended to be separate but equal to facilities for white students. It served students in grades one through eight from eastern Surry County and western Stokes County. The period of significance extends from 1957, the year the school opened, until 1966, the year its use as a public school was discontinued during desegregation.

NOTE TO EDITORS: All of the above images are available in a higher resolution on our flickr site.

About the National Register of Historic Places

The National Register of Historic Places is the nation's official list of buildings, structures, objects, sites, and districts worthy of preservation for their significance in American history, architecture, archaeology, and culture. The National Register was established by the National Historic Preservation Act of 1966 to ensure that as a matter of public policy, properties significant in national, state, and local history are considered in the planning of federal undertakings, and to encourage historic preservation initiatives by state and local governments and the private sector. The Act authorized the establishment of a State Historic Preservation Office in each state and territory to help administer federal historic preservation programs.

In North Carolina, the State Historic Preservation Office is an agency of the North Carolina Department of Natural and Cultural Resources. Dr. Kevin Cherry, the department's deputy secretary of Archives,

History, and Parks, is North Carolina's State Historic Preservation Officer. The North Carolina National Register Advisory Committee, a board of professionals and citizens with expertise in history, architectural history, and archaeology, meets three times a year to advise Dr. Cherry on the eligibility of properties for the National Register and the adequacy of nominations. 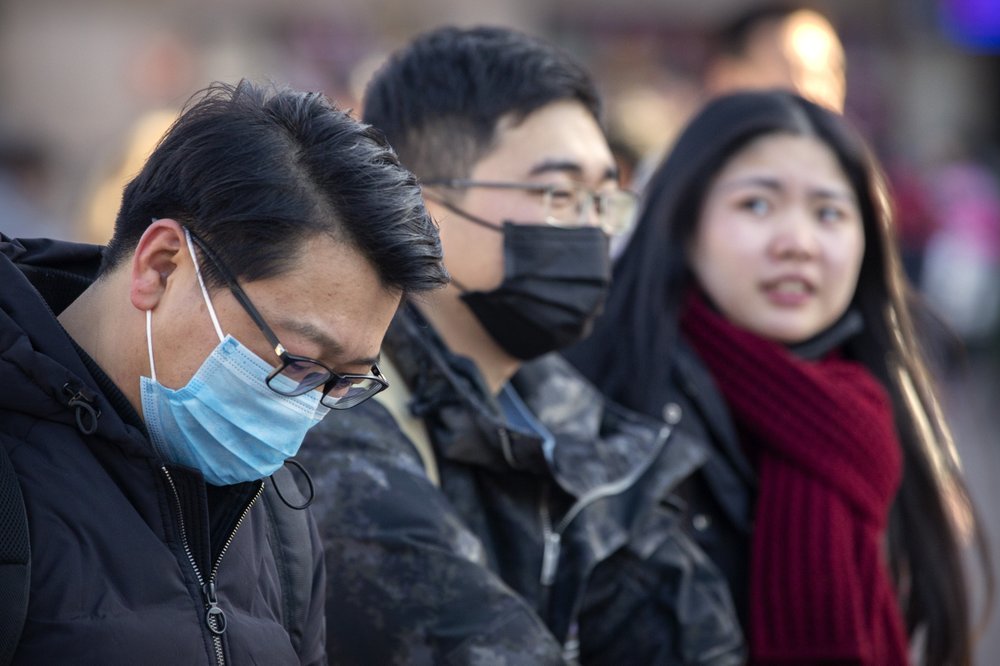 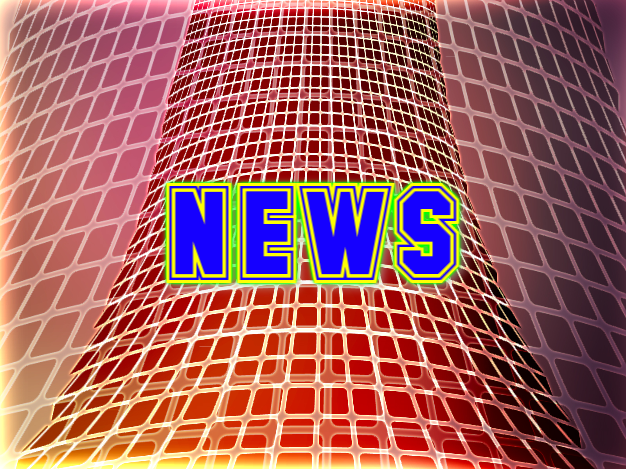 In Memory of Simon Maloy 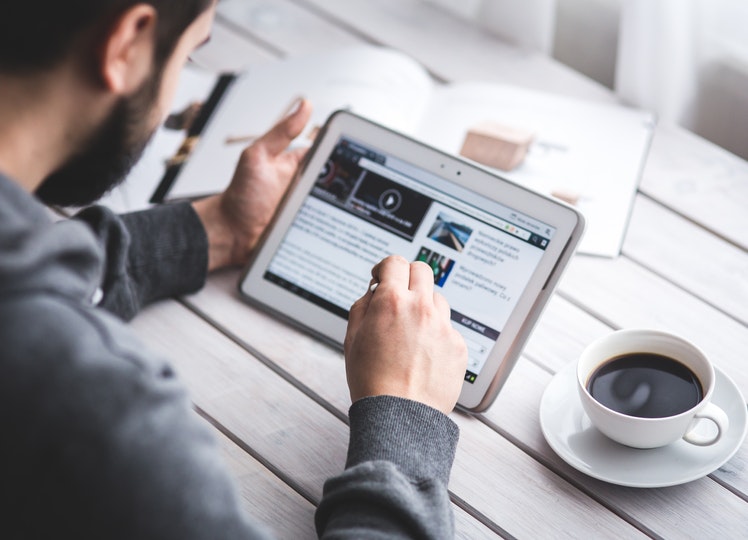 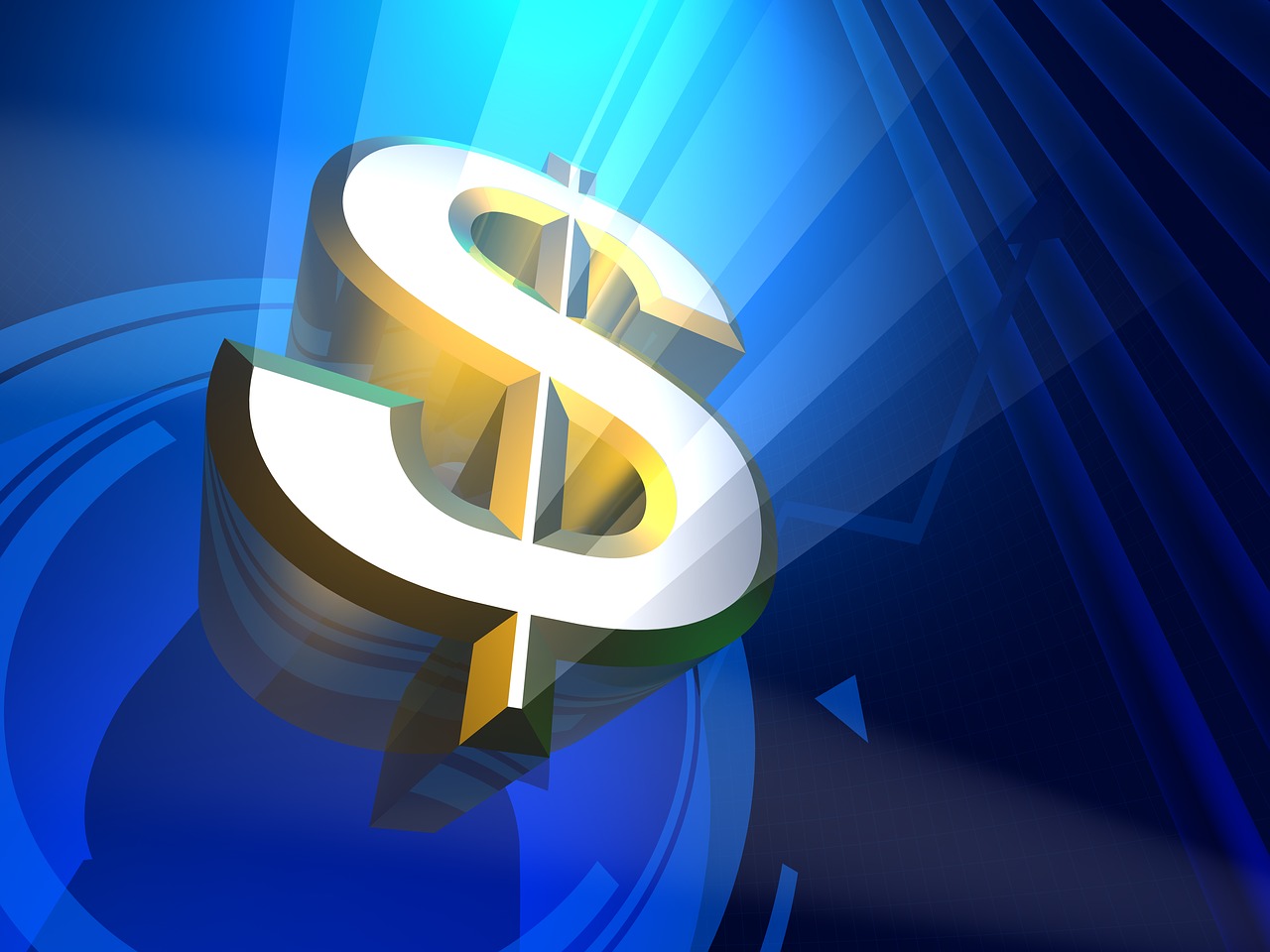 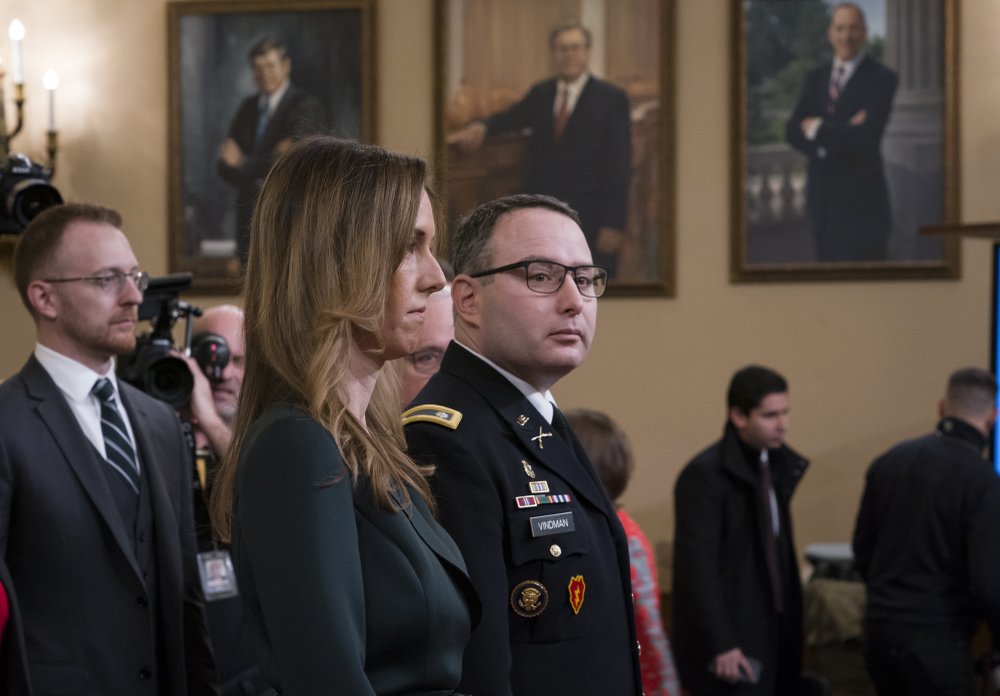 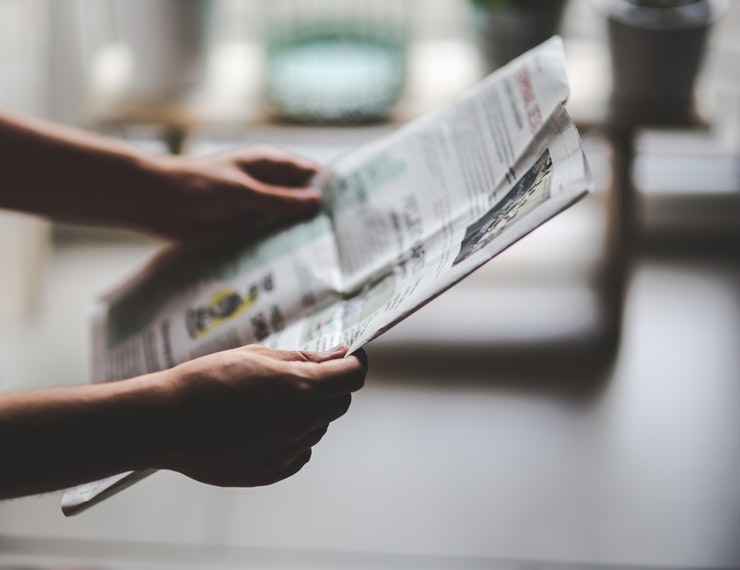 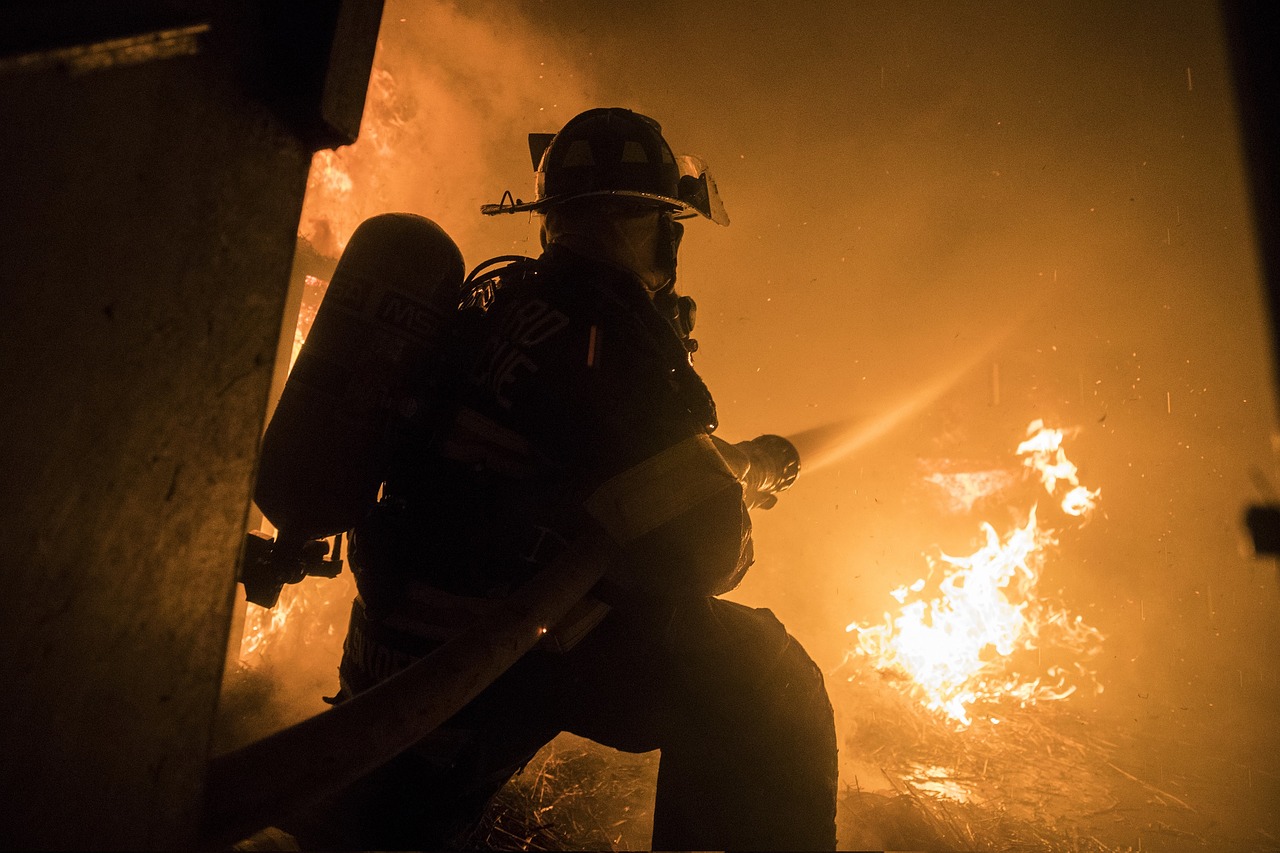 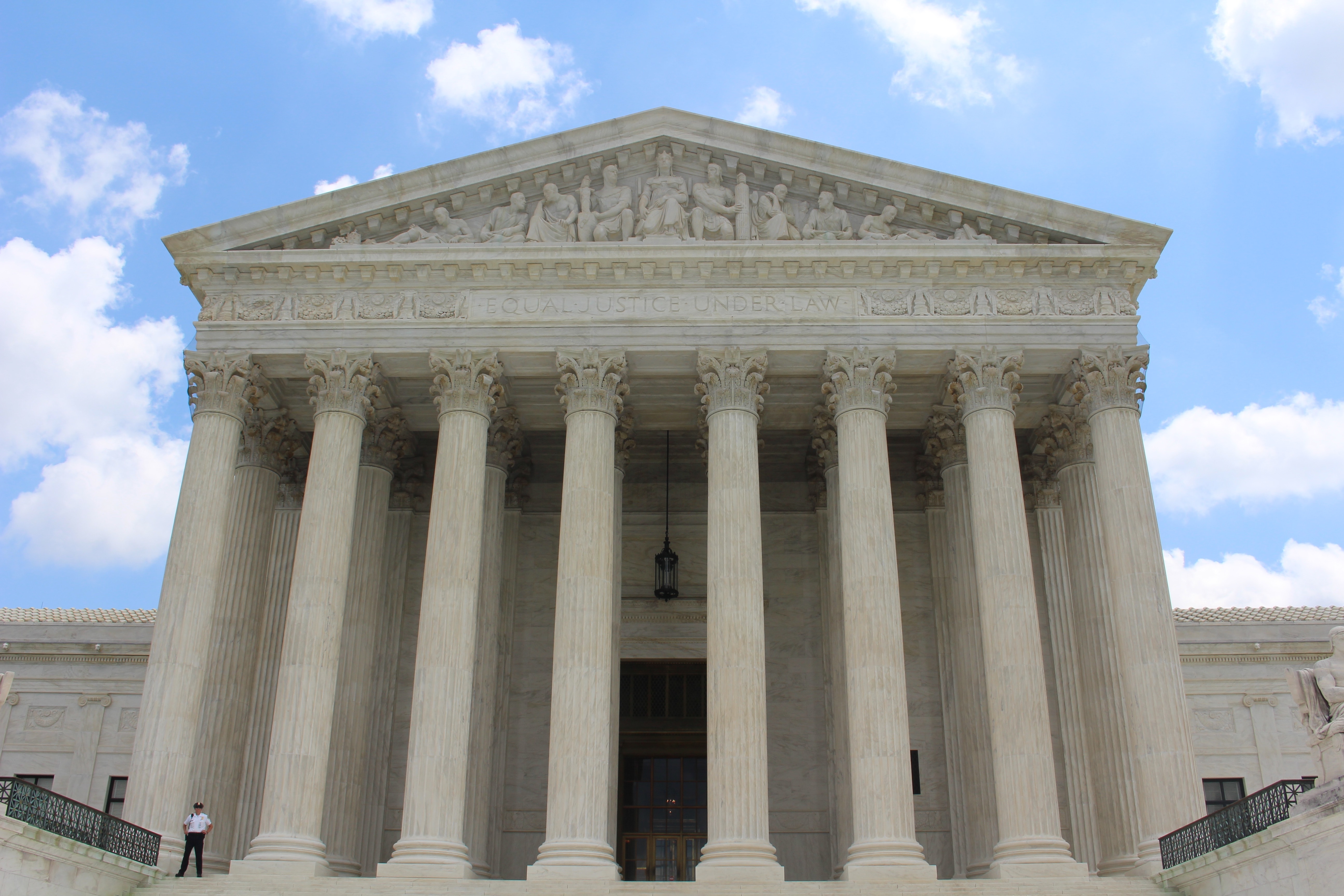 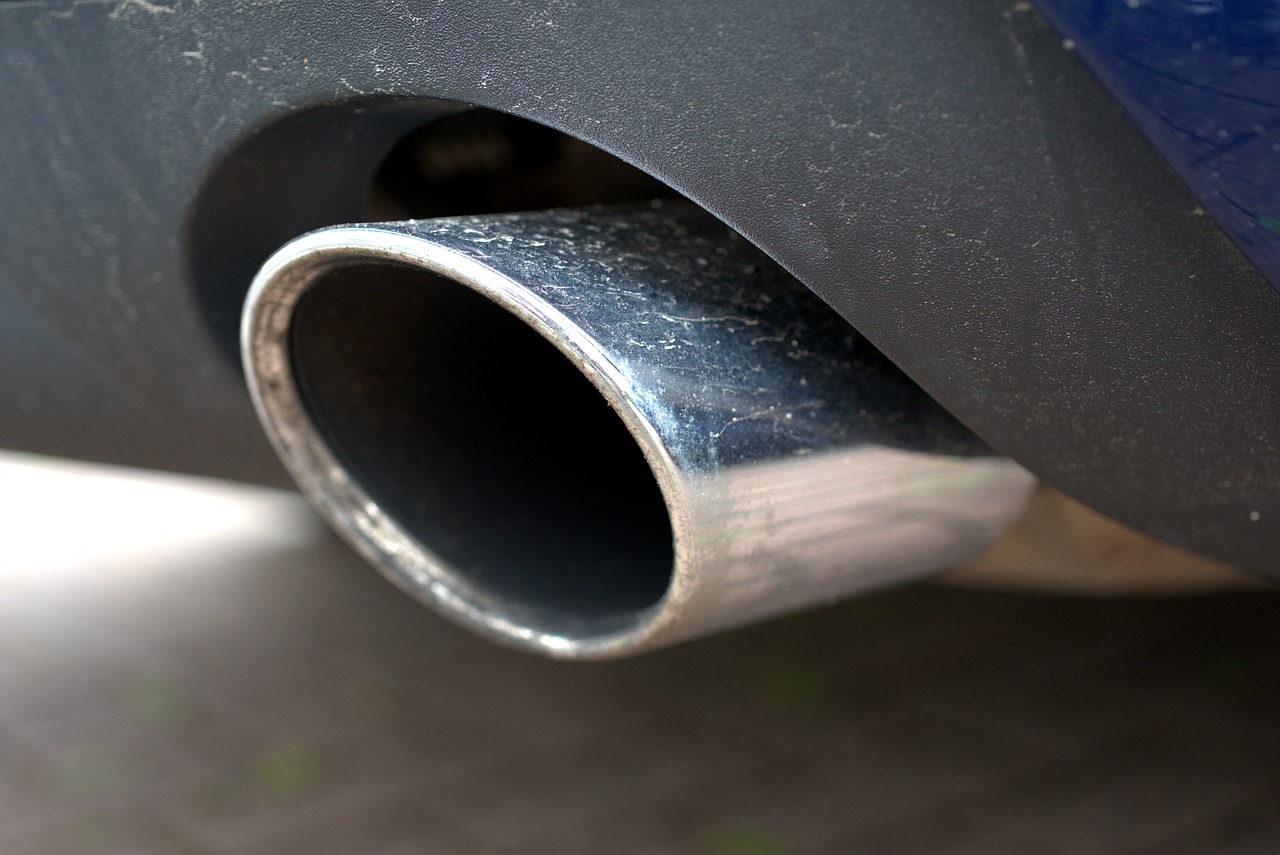