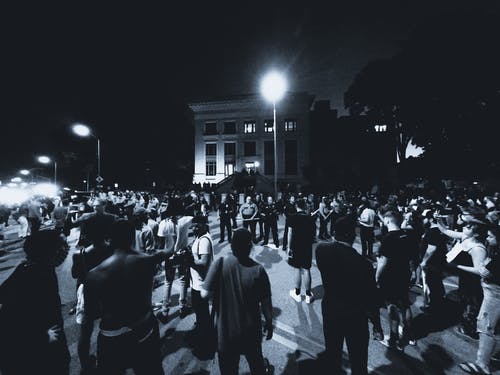 CHARLOTTE – ACLU: In response to a lawsuit filed today by civil rights advocates, journalists, and protesters, a North Carolina Superior Court judge today granted a temporary restraining order forcing the City of Charlotte to halt the use of force against peaceful demonstrators.

“We are happy with the court’s ruling,” said Elizabeth Haddix, managing attorney at the Lawyers’ Committee for Civil Rights Under Law, “We hope it will mean there is no more unlawful use of force – including groundless orders to disperse – by law enforcement officers at the Juneteenth action in Charlotte this afternoon, other events this weekend.”

Rev. Corinne Mack, President of the Charlotte-Mecklenburg Branch of the NAACP, a plaintiff in the case, said: “Black people have been harmed for centuries under the guise of law enforcement, which use the term “protect and serve,” but they have never protected or served the black community. What police did to protestors in Charlotte is another example of the abusive and brutal tactics that law enforcement uses against black people somewhere in this country every day.”

“We’re glad the Superior Court recognized the imminent threat posed by CMPD’s use of force against peaceful demonstrators,”said Kristi Graunke, Legal Director of the ACLU of North Carolina. “The people of Charlotte have a constitutional right to demand justice and an end to racist police violence, and we will continue to defend their right to do so.”

Earlier today,  the ACLU of North Carolina, the Lawyers’ Committee for Civil Rights Under Law, Emancipate NC, along with several Charlotte-based attorneys, filed a lawsuit on behalf of Charlotte Uprising, NAACP, Team TruBlue, Southeast Asian Coalition (SEAC), the ACLU of North Carolina, and 4 Charlotte residents against the City of Charlotte and Charlotte Mecklenburg Chief of Police for perpetrating violent attacks against peaceful protesters. The lawsuit asserts CMPD orchestrated a premeditated and violent attack on peaceful demonstrators, trapping them with a maneuver called “kettling” and assaulting them with rubber bullets, tear gas, and flash bang grenades.

“The violence and chemical warfare perpetrated against peaceful demonstrators by CMPD was inexcusable – and we’re relieved the court has ordered an immediate halt to these atrocities,” said Dawn Blagrove, Executive Director of Emancipate NC. “As this case proceeds, we are committed to holding Charlotte officials accountable for respecting the constitutional rights of the people they serve and halting the brutal tactics that have terrorized this community for too long.”

“We’re gratified by today’s ruling but make no mistake: the violence displayed by Charlotte police was not an anomaly, it was an example of the racism and brutality inherent in American policing,” said Kristie Puckett-Williams, Statewide Campaign for Smart Justice Manager. “Before one more Black life is lost, and before more peaceful demonstrators are brutalized – it is time to divest from the broken institution of policing and invest in the well-being of our communities.”

The complaint can be found online here: https://www.acluofnorthcarolina.org/sites/default/files/filed_complaint_...